Get me outta here!

Last weekend, I attended the “11th Annual Great Pugkin Festival,” a fundraiser for Pug Rescue of Austin. This event attracts hundreds of people each year and at least as many pugs. The pug costume contest is the featured event and their biggest annual fundraiser. Pug owners do not lack creativity when it comes to dressing up their dogs, this is an all-out competition.

A large grassy field is marked off with little flags to create the oval arena for the contestants to parade their costumes. The crowd gathers and sit on the hills surrounding the arena. A staging tent is where people dress up their dogs. There is a special announcer introducing each contestant like it’s a circus. At the end of the oval arena, there are five official judges.

Christina PUGulara was runner-up in the costume contest as she was featured on a float, wearing a big blonde wig sitting in high-back, red rotating chair to imitate the real Christina Agulara on The Voice. A pug duo came out with one pug featured as Miley Cyrus in a plastic bikini with Robin Thicke; another pug in referee stripes. This duo was Furred Lines. There was the Incredible PUG spray-painted green (non-toxic) with rags around him. Pugcosso featured a pug as easel with a small boy with a paint brush. There were more than 50 entries, some filled with wagons of pugs in beards (Pug Dynasty).

The best costume was not just a costume, it was a mini-production of Pug Trek. Four adults were dressed up in Trek outfits and two pugs were in a large float resembling the Starship Enterprise. Are these people professional stage artists or set designers?

Each year, I look forward to this event because it’s fun and creative, but for helping dogs in need. Pug Fest 2013I better start thinking about a costume for the 10th Annual Pug-A-Ween.

I watched as the others gradually scrapped the algae off of themselves, the debris slowly floating in the crystal clear water before sinking back to the sandy sea floor. The defining sound of rock cracking created a thundering sound around me. Many of the rock figures stretched their muscles and waited for their orders, while others stood still, waiting patiently, silently.

When they were finally done with their ritual, they grouped themselves in a circle. Even with the rock and algae shaken off them they still looked like statues. I slowly breathed the salty water into my gills before starting the command; ” It’s been many years since the last time they called”, and we prepared our journey to the dry land above. 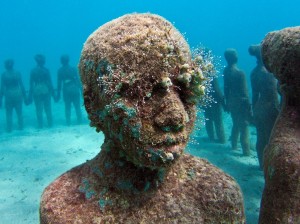 What if you were in a world where dirt was not under you feet. Where the only thing under your feet was cold ,black sand. The only visible landscape is jutting pieces of crystal, tinted a blue. What if the whole world looked the same. You are in a world where the clouds always prevail against the sun. The sun is just a flickering white star, never penetrating the thick clouds above. What if you finally reached the end of the world; silent, cold, and alone. The last leaf on the tree, and only you are there. 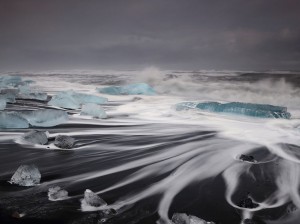